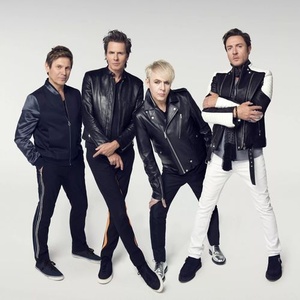 October 21st Duran Duran is coming to Dreamstage. This once in a lifetime event includes a premiere of Duran Duran: Alison Jackson’s Double Take Documentary and a live Q & A with the band!

Duran Duran (/djʊˌræn djʊˈræn/) are an English new wave band formed in Birmingham in 1978. The band were one of the most successful acts of the 1980s, but by the end of the decade, membership and music style changes challenged the band before a resurgence in the early 1990s. The group were a leading band in the MTV-driven Second British Invasion of the US in the 1980s. They achieved 14 singles in the top 10 of the UK Singles Chart and 21 in the US Billboard Hot 100, and have sold over 100 million records worldwide.