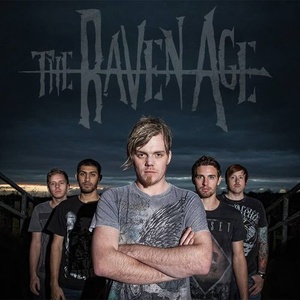 Captured Live at the Steel Mill - Thursday September 16th at 8pm BST featuring a live Q&A with the band
With the ongoing pandemic complicating travel plans, we wanted to ensure that fans all around the globe could experience the Exile premiere first-hand. This will be a global celebration on the eve of the new Exile album release.
This show will bring a totally new experience, introducing a string quartet and pianist to a TRA performance for the first time.
We'll also have exclusive merch made available on the night and a few other cool things to share with you, so don't miss out!
We look forward to chatting with you and answering all your questions on the night.
MJ, Tony, Matty, Jai & George.

About artist The Raven Age

The Raven Age is an English heavy metal band formed in London in 2009 by guitarists Dan Wright and George Harris (son of Iron Maiden bassist Steve Harris). In 2014 the band recorded and released their self-titled EP before supporting Steve Harris British Lion and Tremonti on separate tours. The band then supported Iron Maiden on The Book of Souls World Tour in 2016. On 2 August 2016 the band announced their debut album Darkness Will Rise would be released in December 2016, but it ended up being released in March 2017. The band supported Anthrax on the Among The Kings European Tour in 2017.