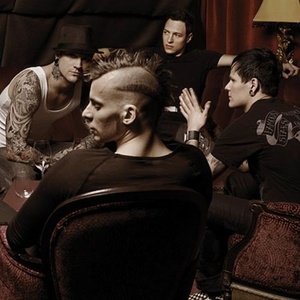 Concert Dead By April in O'Learys

You have a great opportunity to see Dead By April with band Corroded, on March 20, 2020 at O'Learys in Växjö.

About artist Dead By April

Dead by April is a Swedish metalcore band from Gothenburg, formed in February 2007 by Pontus Hjelm and Jimmie Strimell. The current band lineup consists of Pontus Hjelm (vocals/guitar/keys), Marcus Wesslén (bass), Marcus Rosell (drums), and Jimmie Strimell (clean/unclean vocals). They released their self-titled debut album in May 2009. Despite many line up changes throughout their career, both bassist Marcus Wesslén and lead guitarist/current clean vocalist Pontus Hjelm have remained consistent since their debut album.