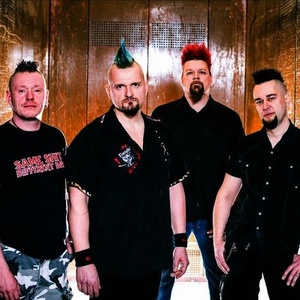 You have a great opportunity to see Klamydia, on March 13, 2020 at Teatro Bar Bowling Nightclub in Heinola.

Klamydia (Finnish language for Chlamydia) is a punk rock band from Vaasa, Finland. The band's name was chosen because it was the worst name that came to their minds. The band was assembled in 1988, and has been continuously active since then. The history of the band is long and eventful. The band publishes records in very short intervals (about one LP per year), and has experienced many line-up changes. The only remaining original member is the current vocalist, Vesa "Vesku" Jokinen. The band is notable for founding its own record company, Kråklund Records.