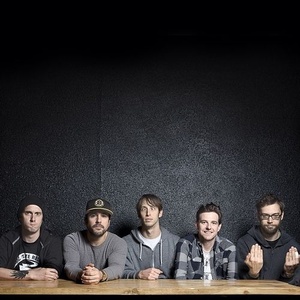 Concert A Wilhelm Scream in The Vault Music Hall

All Ages early Matinee Show with A Wilhelm Scream playing a bunch of old stuff and new stuff. All Chrome is back together after 20 years, She Rides kills it and Fault is glorious. Come on out and bring your kids!

About artist A Wilhelm Scream

A Wilhelm Scream (abbreviated as AWS) is a melodic hardcore band from New Bedford, Massachusetts formed in 1999. Many people have referenced Strung Out, Hot Water Music, Propagandhi, and Strike Anywhere as the band's similar artists. Their name is a reference to the Wilhelm scream, a famous stock sound effect which is mainly used in films. The band previously went by the names Smackin' Isaiah, Koen, and Adam's Crack, though the former was the only name to be used in any major release. The reason for the name changes "from Koen to Smackin' Isaiah to A Wilhelm Scream was really a matter of them adding new members, and progressing/maturing as a band".