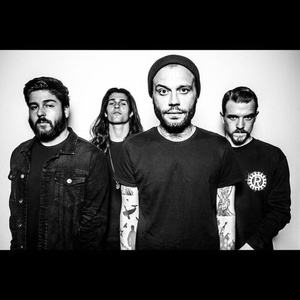 Night Verses are an American instrumental post-rock band with members from Long Island, New York and Fullerton, California. The group consists of Guitarist Nick DePirro, Bassist Reilly Herrera and Drummer/Digital Percussionist Aric Improta. The band has 3 releases to date and is currently signed to Graphic Nature/Equal Vision Records (US) and Southworld Records (UK).
Night Verses self-released their Out of the Sky EP on May 15, 2012 and their debut full length Lift Your Existence on June 25, 2013 via Easy Killer and Southworld Records. Both of which were produced by Portland based engineer Kris Crummett (Closure in Moscow, Dance Gavin Dance, Emarosa, Efecto Amalia).
They have shared the stage with the likes of Letlive., Converge, The Chariot, Norma Jean, Protest the Hero, HRVRD, and A Lot Like Birds