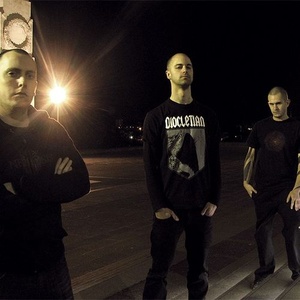 You have a great opportunity to see Ulcerate, on Nov. 21, 2014 at Vera in Groningen.

Ulcerate is a New Zealand-based extreme metal band formed by guitarist Michael Hoggard and drummer Jamie Saint Merat in 2000. The band have released five full-length studio albums to date. The band's fifth full-length album Shrines of Paralysis was released on October 28, 2016 on Relapse Records. The band have been featured in numerous articles as one of New Zealand's most prominent extreme metal acts, have toured widely across North America and Europe, and have been compared favourably to bands such as Neurosis and Gorguts. The band's sound has been described as "nauseating, disorienting and gleefully disharmonic", and is characterised by extremely technical death metal with extensive use of dissonance, time signature changes, and complex song structures.