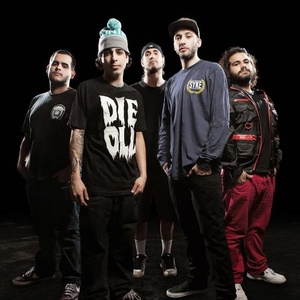 You have a great opportunity to see Volumes with band The White Noise, on May 19, 2018 at Clicks Live in Tyler, TX.

Volumes is an American nu metalcore band based in Los Angeles, California. The group consists of guitarist Diego Farias, bassist Raad Soudani, vocalists Gus Farias and Myke Terry, and drummer Nick Ursich. The group was founded in 2009 and debuted with their first EP, The Concept of Dreaming in (2010). This was followed with their debut full-length album Via (2011) and their sophomore album No Sleep in 2014. Both albums peaked at No. 1 on the iTunes Rock and Metal charts.
Volumes make use of "bouncy" guitar riffs, groove-driven breakdowns, nu metal influence and dual lead vocalists. The band has been credited as an important contributor to the djent scene, and has also been associated with groove metal.