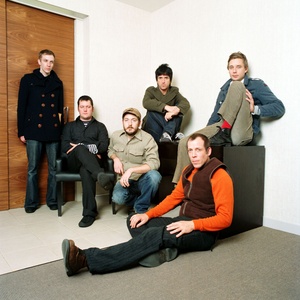 Upcoming events: 16
Subscribers:  6
My Rock Shows — search for concerts and buy tickets in more than 50 countries.
Join us
Sign in
Follow us on social media

Here you can find all upcoming Modest Mouse concerts. If the concert schedule is not right, please contact us and we will add a gig of Modest Mouse in 2022 or 2023 in our database.

Since their 1996 debut This Is a Long Drive for Someone with Nothing to Think About, the band's lineup has centered on Brock and Green. The band achieved mainstream success with their fourth album Good News for People Who Love Bad News (2004) and its singles "Float On" and "Ocean Breathes Salty". Judy performed on every Modest Mouse album until his departure in 2012. Guitarist Johnny Marr (formerly of the Smiths) joined the band in 2006, shortly following percussionist Joe Plummer (formerly of the Black Heart Procession) and multi-instrumentalist Tom Peloso, to work on the album We Were Dead Before the Ship Even Sank (2007). Guitarist Jim Fairchild joined the band in 2009. The band's sixth album Strangers to Ourselves was released on March 17, 2015. Their seventh album, The Golden Casket, released on June 25, 2021.

Experimental Rock Post-Punk
They are subscribed to this band in