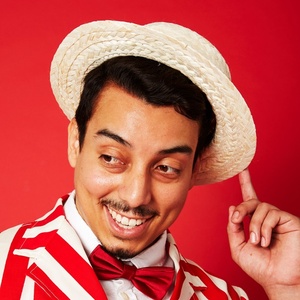 Concert of Andrés in Elsewhere / Hall

Growing up in Bakersfield, California, Andres Aparicio started his musical journey at the age of eight when he picked up the violin after seeing an orchestra performance. During his teen years, he picked up a guitar and listened to early 2000s post-hardcore and emo bands, which would later become the primary influence for his first band, Terra Alive.

“Bands like My Chemical Romance, Blink-182, Fall Out Boy, Taking Back Sunday, Dance Gavin Dance, The Used and From First to Last really inspired me to chase a lifestyle in music and touring,” Andrés says.

After seven years as Terra Alive, Andrés decided to rebrand his music by using just his first name like rappers Drake, Kehlani and Kyle. Revamping the Terra Alive sound on his first Andrés debut Strange Memories on This Nervous Night in 2017, he amplifies his pop, hip-hop, R&B and jazz sensibilities to the forefront of his new, polished demeanor with his Latin roots making slight cameos. Gradually gaining popularity among the scene, Andrés has made big strides, having collaborated with scene favorites such as Kurt Travis and Strawberry Girls along the way.