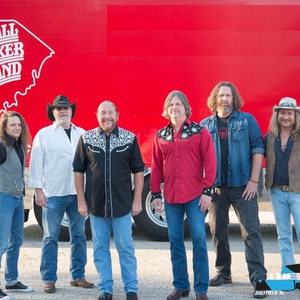 You have a great opportunity to see The Marshall Tucker Band, on Jan. 20, 2023 at Flathead Valley Community College in Kalispell, MT.

About The Marshall Tucker Band

The Marshall Tucker Band is an American rock band from Spartanburg, South Carolina. Noted for incorporating blues, country, and jazz into an eclectic sound, the Marshall Tucker Band helped establish the Southern rock genre in the early 1970s. While the band had reached the height of its commercial success by the end of the decade, it has recorded and performed continuously under various line-ups for 50 years. Lead vocalist Doug Gray remains the only original member still active with the band.

After Tommy Caldwell was killed in a car accident in 1980, he was replaced by bassist Franklin Wilkie. Most of the original band members had left by the mid-1980s. The band's current line-up consists of Gray on vocals; keyboard player, saxophonist and flautist Marcus James Henderson; guitarists Chris Hicks and Rick Willis, bassist Tony Black, and drummer B.B. Borden.