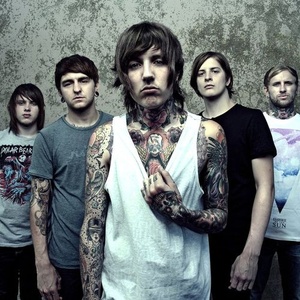 Concert of Bring Me The Horizon in Teatro Coliseo

You have a great opportunity to see Bring Me The Horizon with band Trivium, on Dec. 12, 2022 at Teatro Coliseo in Santiago.

About Bring Me The Horizon

Bring Me the Horizon, often known by the acronym BMTH, are a British rock band from Sheffield, South Yorkshire. Formed in 2004, the group currently consists of vocalist Oliver Sykes, guitarist Lee Malia, bassist Matt Kean, drummer Matt Nicholls and keyboardist Jordan Fish. They are signed to RCA Records globally and Columbia Records exclusively in the United States. The style of their early work, including their debut album Count Your Blessings, has primarily been described as deathcore, but they started to adopt a more eclectic style of metalcore on subsequent albums. Furthermore, their latest album That's the Spirit marked a shift in their sound to less aggressive rock music styles.
Bring Me the Horizon released their debut album Count Your Blessings in 2006. Upon release, the album was met with great polarisation amongst the public and critical disdain. The band began to break away from their controversial sound with Suicide Season (2008), which proved to be a creative, critical and commercial turning point for the band. Bring Me the Horizon then released their third album There Is a Hell, Believe Me I've Seen It. There Is a Heaven, Let's Keep It a Secret. In 2010, propelling them to greater international fame, whilst incorporating influences from classical, electronica and pop. Their major label debut, Sempiternal (2013) achieved Gold certification in Australia (35,000) and Silver in the United Kingdom (60,000). That's the Spirit (2015) debuted at number two in the UK Albums Chart and the US Billboard 200. Aside from these five albums, they have also released two extended plays and two live albums. They have received four Kerrang! Awards, including two for Best British Band and one for Best Live Band.

Nataniel Cox 59, Santiago, Región Metropolitana, Chile
Santiago, Chile
See all rock & metal events in Teatro Coliseo
You may also like
{"location":"City", "band":"Band name", "genre": "Genres", "place":"Place", "event":"Festivals in"}
{"message":"We use cookies to enhance your experience. By continuing to visit this site you agree to our use of cookies.","info":"More info", "link":"https://en.wikipedia.org/wiki/Cookie" }