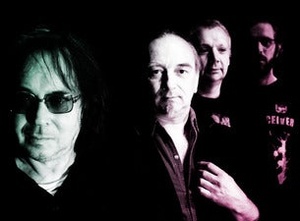 Concert of The Legendary Pink Dots in Madame Lou's

Please check individual event listings for Covid-19 vaccination entry requirements. The Crocodile may ask for proof of vaccination to enter at the request of the performing artist. Additionally, The Crocodile is requiring that all guests continue to wear masks at all times unless actively eating or drinking. These requirements are subject to change based on city and state Covid 19 safety mandates. If the Crocodile is presenting the show at a different venue, please refer to that venue's website for updated safety protocols. We thank you in advance for your patience and cooperation.

About The Legendary Pink Dots

The Legendary Pink Dots (LPD) are an Anglo-Dutch experimental rock band formed in London in August 1980. In 1984, the band moved to Amsterdam, playing with rotating musicians and having, as core members, singer/songwriter/keyboardist Edward Ka-Spel and keyboardist Phil Knight. As of 2012, the group is composed of Edward Ka-Spel (vocals, keyboards, songwriter), Phil Knight (keyboards, electronics), Erik Drost (guitars) and Raymond Steeg (live sound engineer).

Although outside the mainstream (in terms of their music and career path), LPD have released more than 40 albums, have a devoted worldwide following, and tour frequently.