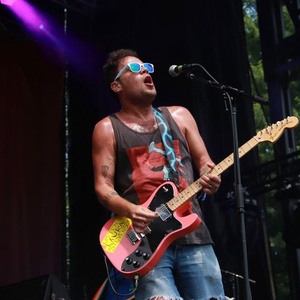 You have a great opportunity to see Jeff Rosenstock, on Jan. 14, 2023 at Catalyst Main Hall in Santa Cruz, CA.

Jeff Rosenstock is an American musician and songwriter from Long Island. He was the lead singer of the ska-punk band The Arrogant Sons of Bitches, the musical collective Bomb the Music Industry! and the indie rock band Kudrow. More recently, he has begun a solo career, releasing his first solo album, I Look Like Shit, in 2012, and a follow up album, We Cool? in 2015. His third solo album, entitled Worry, was released on October 14, 2016.
Rosenstock also founded the independent record label Quote Unquote Records, which puts out all of its records for free (in keeping with Rosenstock's long time DIY ideology.)
More recently he launched Really Records which has released vinyl for The Sidekicks, Hard Girls, Archipelago, Shinobu and many of Jeff's projects.
Recently, he has begun producing for other artists such as Mikey Erg, The Smith Street Band, Laura Stevenson, and Dan Andriano. He is also a member of Antarctigo Vespucci, a collaborative project between himself and Fake Problems front man Chris Farren.