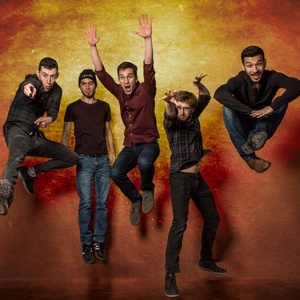 Arch Echo will be embarking on their first headline tour since 2017. The band is looking forward to visiting all the fans that they’ve come across over the last 5 years through support tours with Tony MacAlpine, Periphery and Dream Theater. The tour will focus on the Eastern half of the United States and Canada, kicking off on October 27th in their “hometown” of Nashville and spanning 13 cities. The shows will be a celebration of the music they’ve released so far with an expansive setlist, featuring a performance of Story I in its entirety.

Arch Echo is about the music. Cliché? Yeah. Idealistic? Absolutely. They are ultimately music nerds as all of this band's members work in the music industry professionally. Every day, hour and minute sees them writing, practicing, producing, performing, composing, teaching and practicing. Arch Echo is their new baby, a mutual creative product that has the hopes to play live as soon as possible.

This project brings to the table keyboardist, producer and composer Joey Izzo, known for his wall of sound style and melodic production ear. He composes with Joe Calderone at Tangent and runs his own Joey Izzo Productions.

Adam Rafowitz has been making waves in the progressive guitar world having won the first Strandberg Guitars competition 2 years back with his style of blazing legato and fusion laden riffs.

Joe Calderone is co-founder of Tangent Music LLC, a music house that has already had music on such networks as TNT, FOX, E! and the show Celebrity Apprentice in their first year of existence.

Richie Martinez is a frequent face to many drummers on Instagram where he has garnered 30k followers with his flashy, frequent and informative videos. He works full time as a session drummer and educator. He's also beating 50% with the wonderful Sophia :)

This is Arch Echo, and we plan to earn your ears!

2040 Rue Saint-Denis, Montreal, QC H2X 1E7, Canada
Montreal, Canada
See all rock & metal events in Turbo Haüs
You may also like
{"location":"City", "band":"Band name", "genre": "Genres", "place":"Place", "event":"Festivals in"}
{"message":"We use cookies to enhance your experience. By continuing to visit this site you agree to our use of cookies.","info":"More info", "link":"https://en.wikipedia.org/wiki/Cookie" }