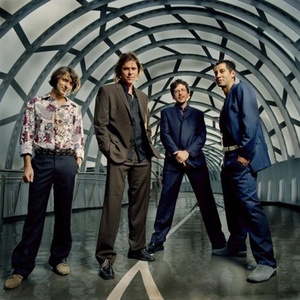 Concert of The Whitlams in Piano Bar

The Whitlams are an Australian indie rock/piano rock group formed in late 1992. The original line-up were Tim Freedman on keyboards and lead vocals, Andy Lewis on double bass and Stevie Plunder on guitar. Other than mainstay, Freedman, the line-up has changed numerous times. Since 2001 he has been joined by Warwick Hornby on bass guitar, Jak Housden on guitar and Terepai Richmond on drums. Four of their studio albums have reached the ARIA Albums Chart top 20: Eternal Nightcap (September 1997, No. 14), Love This City (November 1999, No. 3), Torch the Moon (July 2002, No. 1) and Little Cloud (March 2006, No. 4). Their highest charting singles are "Blow Up the Pokies" (May 2000) and "Fall for You" (June 2002) – both reached number 21. The group's single, "No Aphrodisiac" was listed at number one on the Triple J Hottest 100, 1997 by listeners of national radio station, Triple J. In January 1996 Stevie Plunder was found dead at the base of Wentworth Falls. Andy Lewis committed suicide in February 2000.