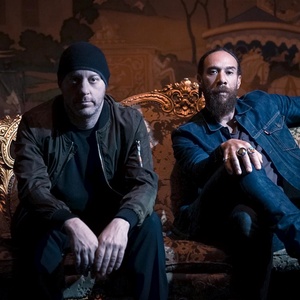 Concert of She Wants Revenge in Poisson Rouge

You have a great opportunity to see She Wants Revenge, on Nov. 11, 2022 at Poisson Rouge in New York, NY.

About She Wants Revenge

She Wants Revenge is an American rock band, based in San Fernando Valley, California; they have been active from 2004–2012, 2015–2020, and 2022-present. Personnel are singer/guitarist Justin Warfield and multi-instrumentalist Adam Bravin. Their music has been influenced by post-punk, darkwave and gothic rock. The band has sold more than 300,000 records in the US.

The group's debut album She Wants Revenge was released in early 2006, with three singles ("These Things", a video featuring Shirley Manson from Garbage, "Out of Control", and "Tear You Apart" for which the video was directed by Joaquin Phoenix). The band's second album, This Is Forever, was released in 2007. The group's third album, entitled Valleyheart, was released in 2011.