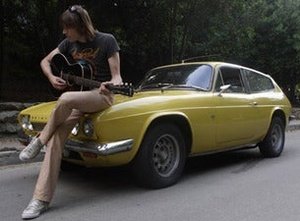 Concert of The Lemonheads in 1865

The Lemonheads are an American alternative rock band formed in Boston, Massachusetts, in 1986 by Evan Dando, Ben Deily, and Jesse Peretz. Dando has remained the band's only constant member. After their initial punk-influenced releases and tours as an independent/college rock band in the late 1980s, the Lemonheads' popularity with a mass audience grew in 1992 with the major label album It's a Shame about Ray, which was produced, engineered, and mixed by The Robb Brothers (Bruce Robb, Dee, and Joe). This was followed by a cover of Simon and Garfunkel's "Mrs. Robinson", which eventually became one of the band's most successful singles. Then Lemonheads were active until 1997 before going on hiatus, but reformed with a new lineup in 2005 and released The Lemonheads the following year. The band released its latest album, Varshons 2, in February 2019.

Brunswick Square, Southampton, SO14 3AR, United Kingdom
Southampton, United Kingdom
See all rock & metal events in 1865
You may also like
{"location":"City", "band":"Band name", "genre": "Genres", "place":"Place", "event":"Festivals in"}
{"message":"We use cookies to enhance your experience. By continuing to visit this site you agree to our use of cookies.","info":"More info", "link":"https://en.wikipedia.org/wiki/Cookie" }