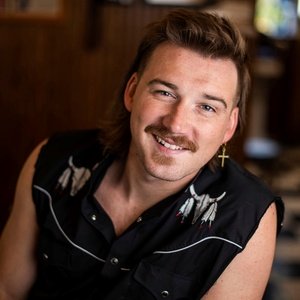 Concert of Morgan Wallen in Flannagan's

You have a great opportunity to see Morgan Wallen, on Oct. 13, 2022 at Flannagan's in Columbus, OH.

Morgan Cole Wallen (born May 13, 1993) is an American country music singer and songwriter. He competed in the sixth season of The Voice, originally as a member of Usher's team, but later as a member of Adam Levine's team. After being eliminated in the playoffs of that season, he signed to Panacea Records, releasing his debut EP, Stand Alone, in 2015.

In 2016, Wallen signed to Big Loud, releasing his debut album, If I Know Me, in 2018. The album includes the singles "Up Down" (featuring Florida Georgia Line), "Whiskey Glasses", and "Chasin' You". If I Know Me reached No. 1 on the Billboard Top Country Albums chart. Wallen's second album, Dangerous: The Double Album, was released in January 2021, and in February 2021 became the only country album in the 64-year history of the Billboard 200 to spend its first seven weeks at No. 1. It went on to spend a total of ten weeks at that spot, the first album to do so since Whitney Houston's Whitney in 1987. The album included Billboard No. 1 singles "More Than My Hometown", "7 Summers", and "Wasted on You".

Wallen has gained considerable notoriety for several incidents. He was arrested for disorderly conduct after being ejected from Kid Rock's steakhouse in Nashville in May 2020, and was suspended from a scheduled Saturday Night Live performance that October after video evidence surfaced that showed Wallen was not adhering to NBC's COVID-19 protocols. In February 2021, a video was released that captured Wallen saying a racial slur. The incident resulted in suspension from his record label and removal of his music from several major radio networks in the United States. Despite the controversy, Wallen's music experienced a surge in commercial success following the incident.