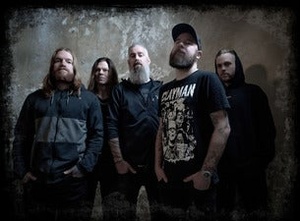 Concert of In Flames in Store Vega