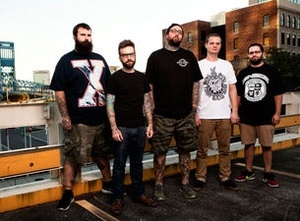 Concert of Sanguisugabogg in Cabaret Room At Subterranean

This event is 17 and over. Any ticket holder unable to present valid identification indicating that they are at least 17 years of age will not be admitted to this event, and will not be eligible for a refund. COVID-19 POLICIES For the love of live music and in order to keep our shows as safe as possible for audiences, performers, and venue staff alike, each venue has developed its own policies to mitigate the spread of COVID-19. Some of these policies include masking and showing proof of vaccination and/or a negative COVID test result. Stay up to date with each venue's COVID-related public health policies at by visiting the venue website for the most current information prior to attending the show. Policies are subject to change at any time. We remain committed to providing a safe and enjoyable atmosphere for all performers, staff and patrons and thank you for your support. For more information on COVID-19, vaccines & resources please visit CDC.gov & vaccines.gov COVID-19 DISCLAIMER - This ticket is a revocable license and may be taken up and admission refused upon refunding the purchase price appearing hereon and is grounds for seizure and cancellation without compensation. Holder of this ticket (“Holder”) voluntarily assumes all risks and danger incidental to the game or event for which this ticket is issued whether occurring prior to, during, or after same, including, but not limited to, contracting, and/or spreading the COVID-19 virus, and agrees that the organization, venue, presenter, agents, participants, or players are not responsible or liable for any injuries, sickness, or death resulting from such causes. Holder acknowledges that the COVID-19 pandemic remains a threat to individual and public health, COVID-19 is a highly contagious disease transmitted through human contact and respiratory droplets (including through the air and via common surfaces) and it is possible that Holder may contract COVID-19 while at the game or event for which this ticket is issued. Holder agrees by use of this ticket not to transmit or aid in transmitting any description, account, picture, or reproduction of the game or event to which this ticket is issued. Breach of the foregoing will automatically terminate this license. Holder agrees that the license comprised by this ticket may be removed and Holder may be ejected from the game or event for which this ticket is issued in the event that Holder violates any law, ordinance, or venue regulation. Holder grants permission to the organization sponsoring the game or event for which this ticket is issued to utilize Holder’s image or likeness in connection with any video or other transmission or reproduction of the event to which this ticket relates.

A death metal band from Columbus, Ohio that formed in the year 2019. Sanguisugabogg currently consists of Devin Swank (vocals), Ced Davis (bass, guitars), Drew Arnold (bass) and Cody Davidson (drums). Past members include Steph Barnes (bass) and Cameron Boggs (guitars). They have an old school death metal sound. Their lyrical themes include gore, drugs, perversion and anti-authority. They were first signed to Maggot Stomp in 2019, but they are currently signed to Century Media Records. Through Maggot Stomp, they released their first demo Pornographic Seizures in 2019. In the year 2021, the band released four singles. Also in 2021, they released their debut full-length album Tortured Whole through their current label Century Media Records.