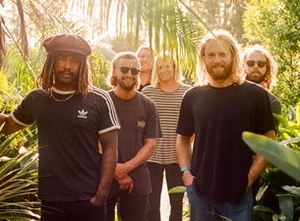 Concert of Ocean Alley in Cambridge Room at House Of Blues

Doors open at 7PM. Show starts at 8PM. This is an All Ages Event. Scheduled Support: Le Shiv To purchase tickets on the day of the event after 5PM, please visit the House of Blues Box Office at the venue located at 2200 North Lamar Street in Dallas. The Box Office is open 2 hours prior to door time on show days. Closing hours vary per event. All sales are subject to increase the day of the show. Support acts are subject to change without notice. This venue has a Clear Bag Policy.

The band has released three studio albums and two EPs independently. Their second album Chiaroscuro debuted at No. 15 on the ARIA Albums Chart. Their 2017 track "The Comedown" was voted in at No. 48 in the Triple J Hottest 100, 2017.

Cambridge Room at House Of Blues