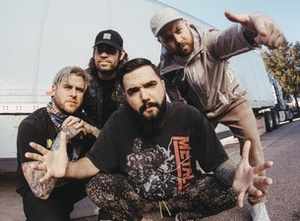 Concert of The Used in WaMu Theater

This event is General Admission. There is standing room only near the stage with seated risers towards the rear of the venue. All seating is on a first come, first serve basis. All support acts are subject to change without notice. There are no refunds or exchanges. Please ensure your ticket is pulled up on your phone before arriving to the ticket scanning pedestal for an easy scanning experience. All pedestals are self-scan. There is no re-entry into the venue once exited. All patrons require a ticket, regardless of age. Including babies in arms. Lumen Field/WAMU Theater is not responsible for third party ticket purchases. WAMU Theater has a clear bag policy, please see our website for specific information.