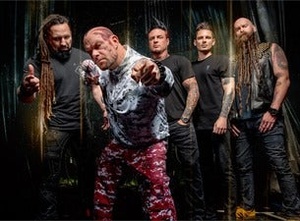 You have a great opportunity to see Five Finger Death Punch with bands Megadeth, Fire From The Gods, The HU, on Oct. 4, 2022 at Blossom Music Center in Cuyahoga Falls, OH.