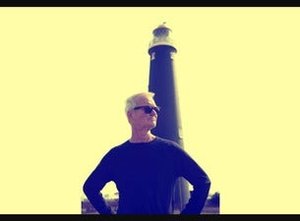 Concert of The House of Love in Brighton Music Hall

About The House of Love

The House of Love are an English alternative rock band, formed in London in 1986 by singer-songwriter-guitarist Guy Chadwick and co-founder and lead-guitarist Terry Bickers. They rose to prominence in 1987 with their first single "Shine On" released on the independent label Creation. The following year, the band released their critically acclaimed eponymous debut album and built its reputation over the next few years through subsequent releases, constant touring, and the support of English press. They then signed to Fontana records in 1989 and met commercial success in 1990 with their second self-titled album, which peaked at number 8 in the UK albums chart. Their third album Babe Rainbow was favourably met by the critics in 1992 and also reached the top 40 in the UK.
The House of Love are best known for its detailed psychedelic guitar sound and for other singles such as "Christine" and "Destroy the Heart". In the US, the songs "I Don't Know Why I Love You", "Marble", and "You Don't Understand" were also popular on alternative rock radio stations, respectively reaching number two, number five, and number nine on the Billboard Modern Rock chart. The House of Love disbanded in 1993. After a hiatus of 10 years, they reformed in 2003 with Bickers who had performed on their two first albums. They have been cited as an influence by shoegazing bands Slowdive, and Ride. The band will be playing several concerts in the UK in October 2017.