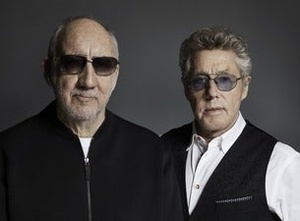 Concert of The Who in Value City Arena

To allow for more Card Members to enjoy the show, American Express has set a two-order limit for this offer. This limit applies across all Cards associated w/ all of your American Express accounts. Prepaid Cards not eligible Important Message Regarding COVID-19 In the best interest of fans & staff, the Event Organizer is monitoring local COVID-19 trends & will meet or exceed protocols mandated by local authorities. By purchasing tickets to this event, you agree to abide by the health and safety measures in effect at the time of the event, which may include, but not be limited to, wearing masks, providing proof of vaccination status and/or providing proof of negative COVID-19 test. Check back often for updates at https://www.schottensteincenter.com/home/what-to-expect/ as guidelines are subject to change. Bags are generally NOT permitted with the exceptions for medical bags, diaper bags OR clutches no larger than 8x 5x 1. Bags will be screened via a designated line at entry.

The Who are an English rock band formed in London in 1964. Their classic lineup consisted of lead singer Roger Daltrey, guitarist and singer Pete Townshend, bass guitarist and singer John Entwistle, and drummer Keith Moon. They are considered one of the most influential rock bands of the 20th century, and have sold over 100 million records worldwide. Their contributions to rock music include the development of the Marshall Stack, large PA systems, the use of the synthesizer, Entwistle and Moon's influential playing styles, Townshend's feedback and power chord guitar technique, and the development of the rock opera. They are cited as an influence by many hard rock, punk rock and mod bands, and their songs are still regularly played.

The Who developed from an earlier group, the Detours, and established themselves as part of the pop art and mod movements, featuring auto-destructive art by destroying guitars and drums on stage. Their first single as the Who, "I Can't Explain" (1965), reached the UK top ten, and was followed by a string of hit singles including "My Generation" (1965), "Substitute" (1966) and "Happy Jack" (1966). In 1967, they performed at the Monterey Pop Festival and released "I Can See for Miles", their only US top ten single. The group's 1969 concept album Tommy included the single "Pinball Wizard" and was a critical and commercial success.

Further festival appearances at Woodstock and the Isle of Wight, along with the concert album Live at Leeds (1970), established their reputation as a respected rock act. The success put pressure on lead songwriter Townshend, and the follow-up to Tommy, Lifehouse, was abandoned. Songs from the project made up Who's Next (1971), including the hits "Won't Get Fooled Again", "Baba O'Riley", and "Behind Blue Eyes". The group released another concept album, Quadrophenia (1973), as a celebration of their mod roots, and oversaw the film adaptation of Tommy (1975). They continued to tour to large audiences before semi-retiring from live performances at the end of 1976. The release of Who Are You (1978) was overshadowed by Moon's death shortly after.

Kenney Jones replaced Moon and the group resumed touring, and released a film adaptation of Quadrophenia and the retrospective documentary The Kids Are Alright. After Townshend became weary of the group, they split in 1983. The Who occasionally re-formed for live appearances such as Live Aid in 1985, a 25th anniversary tour in 1989 and a tour of Quadrophenia in 1996–1997. A full reunion began in 1999, with drummer Zak Starkey. After Entwistle's death in 2002, plans for a new album were delayed until 2006, with Endless Wire. Since Entwistle's death, the Who have continued to perform and tour, most commonly with Starkey on drums, Pino Palladino on bass, and Pete's brother Simon Townshend on second guitar and backing vocals. In 2019, the group released the album Who and toured with a symphony orchestra.