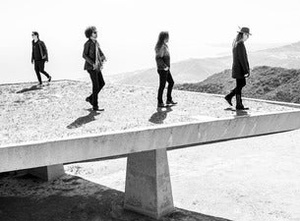 Concert of Alice In Chains in iTHINK Financial Amphiteatre

Based on the latest local guidelines, attendees are no longer required to provide proof of negative COVID-19 test AND/OR vaccination for entry into this event. Be sure to check your venue website for the latest updates and guidelines as entry requirements are subject to change.

About Alice In Chains

Alice in Chains is an American rock band formed in Seattle, Washington, in 1987 by guitarist/vocalist Jerry Cantrell and drummer Sean Kinney, who then recruited bassist Mike Starr and lead vocalist Layne Staley. Mike Starr was replaced in 1993 by Mike Inez.
Although widely associated with grunge music, the band's sound incorporates heavy metal elements. Since its formation, Alice in Chains has released five studio albums, three EPs, two live albums, four compilations, and two DVDs. The band is known for its distinctive vocal style, which often included the harmonized vocals between Staley and Cantrell (and later Cantrell and William DuVall). Cantrell started to sing lead on the 1992 acoustic EP Sap, and his role continued to grow in the following albums, making Alice in Chains a two-vocal band.
Alice in Chains rose to international fame as part of the grunge movement of the early 1990s, along with other Seattle bands such as Nirvana, Pearl Jam, and Soundgarden. The band was one of the most successful music acts of the 1990s, selling over 20 million records worldwide, and over 14 million records in the US alone. Their debut album, Facelift, was released in 1990 and has been certified double-platinum by the RIAA, selling over two million copies. In 1992, the band's second album, Dirt, was released to critical acclaim and was certified quadruple platinum. Their second acoustic EP, Jar of Flies, debuted at number one on the Billboard 200 chart in 1994, becoming the first ever EP and first Alice in Chains release to top the charts, and it has been certified triple platinum by the RIAA. The band's third album, Alice in Chains, was released in 1995 and has been certified double platinum. It achieved No. 1 position on the Billboard 200 chart. The band has had 16 top ten songs on the Mainstream Rock Tracks chart and nine Grammy Award nominations.
Although never officially disbanding, Alice in Chains was plagued by extended inactivity from 1996 onwards due to Staley's substance abuse, which resulted in his death in 2002. The band reunited in 2005 for a live benefit show, performing with a number of guest vocalists. They toured in 2006, with William DuVall taking over as lead vocalist full-time. The new line-up released the band's fourth studio album, Black Gives Way to Blue, in 2009, which received gold certification by the RIAA and three Grammy nominations. Their fifth studio album, The Devil Put Dinosaurs Here, was released in 2013. The band toured extensively and released several videos in support of these albums. Alice in Chains is currently working on their sixth studio album, tentatively set for release in early 2018.

601-7 Sansburys Way, West Palm Beach, FL 33411, USA
West Palm Beach, FL, USA
See all rock & metal events in iTHINK Financial Amphiteatre
You may also like
{"location":"City", "band":"Band name", "genre": "Genres", "place":"Place", "event":"Festivals in"}
{"message":"We use cookies to enhance your experience. By continuing to visit this site you agree to our use of cookies.","info":"More info", "link":"https://en.wikipedia.org/wiki/Cookie" }