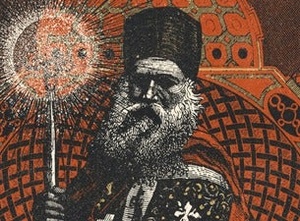 Concert of Godspeed You! Black Emperor in Krakatoa

About Godspeed You! Black Emperor

Godspeed You! Black Emperor (sometime abbreviated to GY!BE) is a Canadian experimental music collective which originated in Montreal, Quebec in 1994. The group releases recordings through Constellation, an independent record label also located in Montreal. After the release of their debut album in 1997, the group toured regularly from 1998 to 2003. Their second album, 2000's Lift Your Skinny Fists Like Antennas to Heaven, received great critical acclaim and has been named as one of the best albums of the decade. In 2003, the band announced an indefinite hiatus in order for members to pursue other musical interests. In the intervening period, the group was occasionally rumored to have broken up, but finally reconvened for a tour which began in late 2010. Since reforming, they have released four more albums, the most recent being G_d's Pee at State's End! in April 2021.

The band has gained a dedicated cult following and remains very influential in the post-rock genre. In September 2013, their fourth album and their comeback release after 10 years, 'Allelujah! Don't Bend! Ascend!, won the 2013 Polaris Music Prize.

One of the band's best known songs, "East Hastings", from their 1997 album F♯ A♯ ∞, was used in the 2002 film 28 Days Later. However, it does not appear on the film's soundtrack because the rights to the song could not be obtained.

3 Avenue Victor Hugo, 33700 Mérignac, France
Mérignac, France
See all rock & metal events in Krakatoa
You may also like
{"location":"City", "band":"Band name", "genre": "Genres", "place":"Place", "event":"Festivals in"}
{"message":"We use cookies to enhance your experience. By continuing to visit this site you agree to our use of cookies.","info":"More info", "link":"https://en.wikipedia.org/wiki/Cookie" }