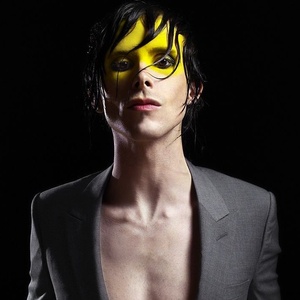 Filmed live at the Urban Lounge Backyard in Salt Lake City, UT, USA. IAMX’s 2022 Machinate Tour showcases Chris Corner performing on a modular synth setup in celebration of his 2021 album by the same name. The set includes exhilarating live renditions of the IDM forward album alongside IAMX favorites reworked for the modular and performed solo. Corner’s mesmerizing vocals will carry the performance. Sometimes raw, pristine and clear, sometimes cleverly manipulated through experimental loop machines and fx, modified beyond recognition to merge with the beats and soundscape of the modular synthesizer. An immersive light show designed by IAMX accompanies the performance, which will be stopping in a limited number of venues, outdoor spaces, and music festivals through North America and Europe. A select number of Virtual Modular events will be streamed exclusively through Moment House. The Virtual Modular is a comprehensive IAMX experience, filmed live during each show and mastered for streaming.

IAMX is the solo musical project of Chris Corner, formerly of the band Sneaker Pimps. Founded in 2004 in London, it is an independent music project which also focuses on and experiments with visual art. Musically, IAMX spans multiple genres from electronic rock and dance music to burlesque-influenced songs and emotional ballads. Corner's striking and wide-ranging voice, and his way of programming sounds and beats, make up the obvious characteristic of the IAMX sound.

From 2006 until 2014 IAMX was based in Berlin, Germany, where Corner found "the spirit to care less about the music industry and take an independent route." Berlin is also mentioned in IAMX's lyrics that concern subjects such as sexual identity, death, love, narcotic intoxication, decadence, critique of religion and politics, alienation, addiction, modern society, and gender bending. The topic of gender bending is further emphasised by Corner's own distinctive and androgynous image.

As of 2014 to 2016, IAMX have relocated to Los Angeles from Berlin, citing a much-needed change to a better climate and a break with old ties in Berlin.

IAMX are known for their highly energetic and theatrical live performances. Unusual stage outfits and body painting are also core elements of IAMX shows.[4] The stage design consists of art and props constructed by Corner and his live band members.

The visual art element of the project can be seen in the IAMX music videos and in the projections at their live shows. Both contain sometimes strong and controversial visual content, often directed, shot and edited by Corner himself.

To date, IAMX has released nine studio albums, all of which have been released independently and produced by Corner (The Unified Field was co-produced by Jim Abbiss), the latest being 'Echo Echo' which was released on the 13th of March, 2020.