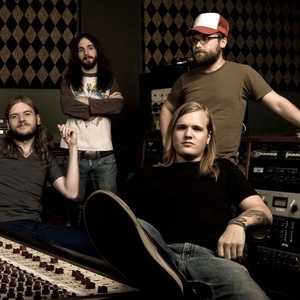 Concert of The Sword in Baltimore Soundstage

You have a great opportunity to see The Sword, on April 25, 2022 at Baltimore Soundstage in Baltimore, MD.

The Sword is an American heavy metal band from Austin, Texas. Formed in 2003, the band is currently composed of vocalist and guitarist John D. Cronise, guitarist Kyle Shutt, bassist Bryan Richie and drummer Santiago "Jimmy" Vela III. Originally signed to Kemado Records, the group released its debut album Age of Winters in 2006, the material for which had been largely written by Cronise prior to the band's formation. Gods of the Earth was released two years later, giving the group its first entry on the US Billboard 200 chart.
In 2010 the band released Warp Riders, a concept album centered on an original science fiction narrative, which marked the first time the group had enlisted an external producer – Matt Bayles. Original drummer Trivett Wingo left the group later in the year and was replaced briefly by Kevin Fender, before Vela joined in 2011. After signing with Razor & Tie in 2012 the group released its fourth album Apocryphon, which was promoted worldwide on the Apocryphon Tour. The band's fifth album, High Country, was released in 2015.
The Sword has been categorized as a stoner rock and doom metal band, and is influenced by groups such as Black Sabbath and Sleep. The band has toured with a wide range of fellow rock and metal artists since its formation, including Metallica, Lamb of God and Clutch, and in recent years has also headlined its own tours. The Sword's first album Age of Winters failed to chart, but subsequent releases have all gained increasing commercial success in the US and the UK, with High Country also charting in other regions.