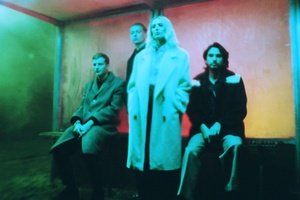 You have a great opportunity to see Wolf Alice, on Nov. 19, 2022 at De Oosterpoort in Groningen.

Wolf Alice played their first gig at Highbury Garage, December 2010 supporting April in the Shade, after Ellie Rowsell and Joff Oddie met the band at an open mic at the Hope & Anchor in Islington. They released their debut single "Fluffy" in February 2013, and followed it with "Bros" in May. They released their debut EP Blush in October, and its follow-up Creature Songs in May 2014. In February 2015 the band released the lead single "Giant Peach" from their debut album My Love Is Cool, which was released in June 2015. It includes their 2014 single "Moaning Lisa Smile", which peaked at number nine on US Billboard's Alternative Songs chart in August 2015, and was nominated for the 2016 Grammy Award for Best Rock Performance.

Trompsingel 27, 9724 DA Groningen, Netherlands
Groningen, Netherlands
See all rock & metal events in De Oosterpoort
You may also like
{"location":"City", "band":"Band name", "genre": "Genres", "place":"Place", "event":"Festivals in"}
{"message":"We use cookies to enhance your experience. By continuing to visit this site you agree to our use of cookies.","info":"More info", "link":"https://en.wikipedia.org/wiki/Cookie" }