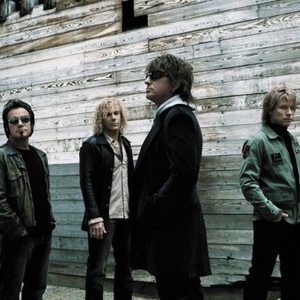 The Venue is requiring fans agree to the terms below prior to ticket purchases & event entry. Please note these confirmations will apply to all members of your party before they are allowed to enter the event and to any users of the tickets purchased by you. By purchasing tickets for this event, I confirm that I will be fully vaccinated against COVID-19 (14 days past final vaccination shot) OR will have received a negative COVID-19 test within 72 hours of the event. Children under 12 years of age will be required to wear a mask and will not be subject to proof of vaccination or a negative test. There will be staff checking vaccination and/or proof of negative tests at each venue and denying entry to those non-compliant with these requirements. Entry requirements subject to change

Bon Jovi is an American rock band from Sayreville, New Jersey. Formed in 1983, Bon Jovi consists of lead singer and namesake Jon Bon Jovi, pianist and keyboardist David Bryan, drummer Tico Torres, lead guitarist Phil X, and bassist Hugh McDonald. The band's lineup has remained mostly static during its history, with the only exceptions being the 1994 dismissal of bass player Alec John Such, who was unofficially replaced by Hugh McDonald, and the departure of longtime guitarist and co-songwriter Richie Sambora in 2013. Phil X and McDonald both became official members in 2016.
In 1986, Bon Jovi achieved widespread global recognition with their third album, Slippery When Wet. The band's fourth album, New Jersey was equally successful in 1988. After touring and recording non-stop during the late 1980s, the band went on hiatus following the New Jersey Tour in 1990, during which time Jon Bon Jovi and Richie Sambora both released successful solo albums. In 1992, the band returned with the album Keep the Faith. Their 2000 single "It's My Life", which followed a second hiatus, successfully introduced the band to a younger audience. Bon Jovi have been known to use different styles in their music, which has included country for their 2007 album Lost Highway.
Thus far, Bon Jovi has released 13 studio albums, plus six compilations and three live albums. The band has sold more than 130 million records worldwide and performed more than 2,700 concerts in over 50 countries for more than 34 million fans. Bon Jovi was inducted into the UK Music Hall of Fame in 2006. The band was also honored with the Award of Merit at the American Music Awards in 2004, and as songwriters and collaborators, Jon Bon Jovi and Richie Sambora were inducted into Songwriters Hall of Fame in 2009.