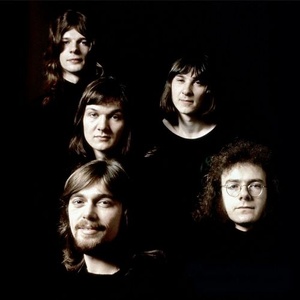 You have a great opportunity to see King Crimson, on May 7, 2022 at Park City Music Hall in Bridgeport, CT.

King Crimson are an English rock band formed in London in 1968. The band has undergone numerous formations throughout its history of which 21 musicians have been members; since January 2017 it has consisted of Robert Fripp, Jakko Jakszyk, Tony Levin, Mel Collins, Pat Mastelotto, Gavin Harrison, Bill Rieflin and Jeremy Stacey. Fripp is the only consistent member of the group, and is considered the band's leader and driving force. The band has earned a large cult following. They were ranked No. 87 on VH1's 100 Greatest Artists of Hard Rock.
Developed from the unsuccessful trio Giles, Giles and Fripp, the band were seminal in the progressive rock genre in its first five years with its standard of instrumentation and complex song structures. King Crimson's debut album, In the Court of the Crimson King (1969), remains its most successful and influential, with its elements of jazz, classical, and experimental music. Their success increased following an opening act performance for the Rolling Stones at Hyde Park, London, in 1969. Following the less successful In the Wake of Poseidon (1970), Lizard (1970), and Islands (1971), the group reached a new creative peak with Larks' Tongues in Aspic (1973), Starless and Bible Black (1974), and Red (1974). Fripp disbanded the group in 1974.
In 1981, King Crimson reformed with a change in musical direction which lasted for three years, resulting in the trio of albums Discipline (1981), Beat (1982), and Three of a Perfect Pair (1984). Following a decade-long hiatus, Fripp revived the group in 1994 and released Thrak (1995). Since 1997, several musicians have pursued aspects of the band's work and approaches through a series of related bands collectively referred to as ProjeKCts. In 2000, the band reunited once more and released The Construkction of Light (2000). The band's most recent album is The Power to Believe (2003). In 2008 the band undertook a tour to celebrate their 40th Anniversary and continue to perform live in various capacities.

You may also like
They are coming to this event (3)