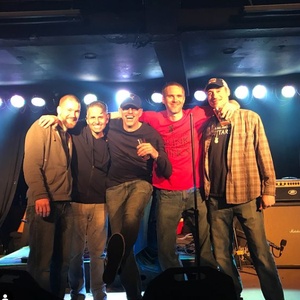 Smells like Dave Grohl formed in 2014 after a group of dedicated Foo Fighters fans decided they wanted more than to be in the audience. Dave Grohl, the music of Nirvana and The Foo Fighters are their focus. These guys just want to play; to ROCK! While each member had been playing or singing for over a decade, this is the first time they have gathered as a group. For the love of all music Grohl and to live the rock and roll dream, if only for the weekend.

SLDG have entertained fans at an invite-only fan party prior to the Foo Fighter's Wrigley Field show in 2015 and again in 2018 at the Cubby Bear. The guys of SLDG have also entertained patrons at The Rochaus in West Dundee, The Forge in Joliet. HVAC Pub in Chicago. They were a two time performers at the three day music festival " Tribute Island " in Kenosha WI. Just to name a few. They play all over the Chicagoland area!

Additionally, they have a dedicated fan base on social media with more than 2600 followers on Facebook that span the globe!