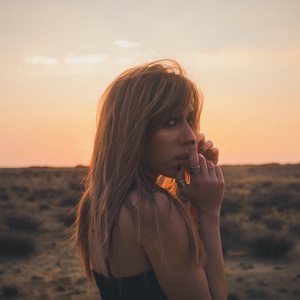 Concert of Finding Kate in The Musician

You have a great opportunity to see Finding Kate, on Dec. 17, 2021 at The Musician in Leicester.

Kate Pavli, otherwise known by her stage name “Finding Kate” is an Alternative/Rock solo artist based in London. Hailing all the way from Australia and Cyprus, this rocker proves she is a force to be reckoned with. Her powerful vocals, melodic songs and dark music separate her from the crowd.

After the release of her debut album ‘If I Fall’ in 2016, Finding Kate unleashes her fiery new single ‘I Feel Bad’ almost 3 years later to a wave of support from her fans and media, securing airplay on Kerrang! Radio, Planet Rock Radio, Primordial Radio and magazine features with Devolution Magazine, Black Velvet Magazine, Vents Magazine etc.

Drawing influences from the Rock, Alternative and Pop genres, ‘I Feel Bad’ is a clear example of what is to follow from Kate.

42 Crafton St W, Leicester LE1 2DE, United Kingdom
Leicester, United Kingdom
See all rock & metal events in The Musician
You may also like
{"location":"City", "band":"Band name", "genre": "Genres", "place":"Place", "event":"Festivals in"}
{"message":"We use cookies to enhance your experience. By continuing to visit this site you agree to our use of cookies.","info":"More info", "link":"https://en.wikipedia.org/wiki/Cookie" }