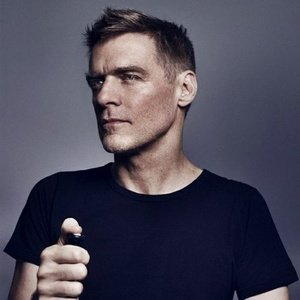 Bryan Guy Adams, OC OBC(born 5 November 1959) singer, songwriter, record producer, guitarist, photographer, philanthropist and activist.
Adams rose to fame in North America with his 1983 album Cuts Like a Knife and turned into a global star with his 1984 album Reckless, which produced some of his best known songs, including "Run to You" and "Summer of '69". In 1991, he released "(Everything I Do) I Do It for You" from the album Waking Up the Neighbours and the song became a worldwide hit which went to number 1 in many countries, including 16 consecutive weeks in the United Kingdom, a new record. Adams also had the U.S. Billboard Hot 100 number-one singles "Heaven", "All for Love" and "Have You Ever Really Loved a Woman?"
For his contributions to music, Adams has garnered many awards and nominations, including 20 Juno Awards among 56 nominations, 15 Grammy Award nominations including a win for Best Song Written Specifically for a Motion Picture or Television in 1992. He has also won MTV, ASCAP, American Music awards, three Ivor Novello Awards for song composition and has been nominated five times for Golden Globe Awards and three times for Academy Awards for his songwriting for films.
Adams was awarded the Order of Canada and the Order of British Columbia for contributions to popular music and philanthropic work via his own foundation, which helps improve education for people around the world.
Adams was inducted into the Hollywood Walk of Fame in March 2011 and Canada's Walk of Fame, Canadian Broadcast Hall of Fame in 1998, and in April 2006 he was inducted into the Canadian Music Hall of Fame at Canada's Juno Awards. In 2008, Adams was ranked 38th on the list of All-Time top artists in the Billboard Hot 100 50th Anniversary Charts. On 13 January 2010, he received the Allan Waters Humanitarian Award for his part in numerous charitable concerts and campaigns during his career, and on 1 May 2010 was given the Governor General's Performing Arts Award for his 30 years of contributions to the arts.

Route des Batailleux 3, 1218 Le Grand-Saconnex, Switzerland
Geneva, Switzerland
See all rock & metal events in Geneva Arena
You may also like
{"location":"City", "band":"Band name", "genre": "Genres", "place":"Place", "event":"Festivals in"}
{"message":"We use cookies to enhance your experience. By continuing to visit this site you agree to our use of cookies.","info":"More info", "link":"https://en.wikipedia.org/wiki/Cookie" }