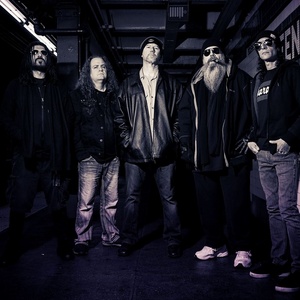 Exhorder is an American heavy metal band from New Orleans, Louisiana. They are considered progenitors of the groove-oriented thrash sound later made famous by bands such as Pantera, Lamb of God, White Zombie, and Machine Head, and their music has been regarded as a large influence on the New Orleans metal scene. Initially active from 1985 to 1994, reformed from 2008 to 2011, they have since reformed in 2017. To date, Exhorder has released three studio albums: Slaughter in the Vatican (1990), The Law (1992) and Mourn the Southern Skies (2019).