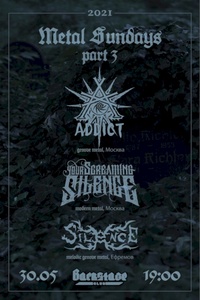 You have a great opportunity to see Your Screaming Silence with bands X-Silence, Addict, on May 30, 2021 at Backstage Club in Tula.

About artist Your Screaming Silence

Place of the event