Saliva: What Happens In Vegas, Streams In Vegas 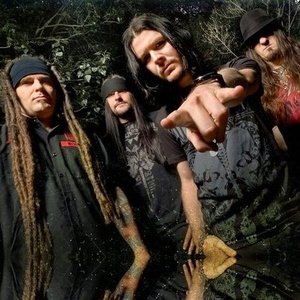 Join Saliva in an exclusive live stream as they perform their hits from the entertainment capital of the world, Las Vegas, NV!
****ALL MERCHANDISE ITEMS PURCHASED WILL BE SHIPPED WITHIN 7-10 BUSINESS DAYS FOLLOWING THE LIVESTREAM****

Saliva is an American rock band formed in Memphis, Tennessee in 1996. Saliva released their self-titled debut album on August 26, 1997, through Rockingchair Records, a record label owned and operated by Mark Yoshida, who recorded and produced the release at his studio, Rockingchair Studios.
They were signed to Island Records and went on to release their second studio album Every Six Seconds. Saliva later released their third studio album titled Back into Your System on November 12, 2002 which reached No. 19 on the Billboard 200. Back into Your System launched one of Saliva's most successful songs, "Always", reaching No. 51 on the Billboard Hot 100 and No. 1 on the Modern Rock Chart. Three years after Survival of the Sickest, Saliva released Blood Stained Love Story on January 23, 2007, repeating Back into Your System's chart performance at No. 19 on the Billboard 200. Its first single, "Ladies and Gentlemen", peaked at No. 2 on the Mainstream Rock Chart.