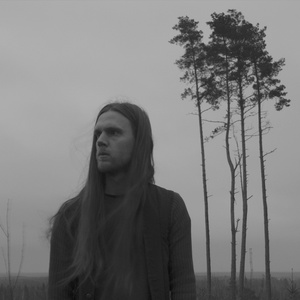 Concert of Grift in Rebellion

You have a great opportunity to see Grift, on June 14, 2021 at Rebellion in Manchester.

With strong ties to predominantly Swedish poets and artists, Grift want to convey the sense of melancholy and existential questions that artists and thinkers throughout history always have felt a strong need to express. Grift’s ambition is also to evoke the mood some people are in great need of; the mood you can’t express through other mediums than music, images, and in some cases even through words. This kind of escapism is about breaking the chains of everyday given norms, and for a short moment becoming a stranger lost in a state of uncertain homelessness.
Grift began as a duo in 2011, with Erik Gärdefors performing vocals and strings, and J. Hallbäck handling the drums. After a few evenings in Erik’s studio ”Eremitaget Liesmia”, the band had recorded what would become ”Fyra Elegier”. The Swedish label Nordvis Produktion offered the band to release the material as a mini CD in 2013, and later the same year, Blut und Eisen released it as a MLP. Built upon a concept stained with inspiration drawn from great elder poets like Johannes Edfelt, Pär Lagerkvist and Dan Andersson, among others, Grift delivered raw but melodic music in a new, yet at the same time traditional way.
In 2014, Grift recorded a new song entitled ”Skarprättaren”. The lyrics for this song was influenced by the old tale ”Körkarlen”, which was written by Selma Lagerlöf and later made into a silent film by Victor Sjöström. The main character in the story prays in the New Year’s Eve, and exclaims in despair: ”Gud, låt min själ få komma till mognad, innan den ska skördas!” (”Lord, let my life come to maturity before being harvested!”) The desperation in this prayer was something that caught Erik and got him to write the lyrics for the song. It turned out that the band Saiva from the northern Sweden, was interested in doing a split 10” MLP with Grift. And in February 2015, this cooperation between the north and south parts of Sweden was released.
At this time, Erik already had started to record the band’s debut album, “Syner” . J. Hallbäck left the band, so suddenly Grift became a one man band. To make the album more varied, Erik invited four guest musicians who contributes with their special skills. Daniel Blomberg from the crust/hardcore band M:40 sang on one song. Daniel Abrahadabra known from The Ascendant and Excessum played a guitar solo, and he also helped Erik to mix the album. Andreas Pettersson from Saiva and Stilla sang with his clear vocals on one song, and on the last song Andreas Brink played lap steel. It is said that “Syner” will be released in September 2015.

2B Whitworth St W, Manchester M1 5WZ, United Kingdom
Manchester, United Kingdom
See all rock & metal events in Rebellion
You may also like
{"location":"City", "band":"Band name", "genre": "Genres", "place":"Place", "event":"Festivals in"}
{"message":"We use cookies to enhance your experience. By continuing to visit this site you agree to our use of cookies.","info":"More info", "link":"https://en.wikipedia.org/wiki/Cookie" }