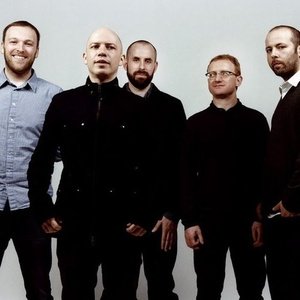 Concert of Mogwai in The Glasgow Royal Concert Hall

You have a great opportunity to see Mogwai, on Nov. 7, 2021 at The Glasgow Royal Concert Hall in Glasgow.

Mogwai (/ˈmɒɡwaɪ/) are a Scottish post-rock band, formed in 1995 in Glasgow. The band consists of Stuart Braithwaite (guitar, vocals), Barry Burns (guitar, piano, synthesizer, vocals), Dominic Aitchison (bass guitar), and Martin Bulloch (drums). The band typically compose lengthy guitar-based instrumental pieces that feature dynamic contrast, melodic bass guitar lines, and heavy use of distortion and effects. The band were for several years signed to Glasgow label Chemikal Underground, and have been distributed by different labels such as Matador in the US and Play It Again Sam in the UK, but now use their own label Rock Action Records in the UK, and Sub Pop in North America. The band were frequently championed by John Peel from their early days, and recorded seven Peel Sessions between 1996 and 2004. Peel also recorded a brief introduction for the compilation Government Commissions: BBC Sessions 1996–2003.

2 Sauchiehall St, Glasgow G2 3NY, United Kingdom
Glasgow, United Kingdom
See all rock & metal events in The Glasgow Royal Concert Hall
You may also like
{"location":"City", "band":"Band name", "genre": "Genres", "place":"Place", "event":"Festivals in"}
{"message":"We use cookies to enhance your experience. By continuing to visit this site you agree to our use of cookies.","info":"More info", "link":"https://en.wikipedia.org/wiki/Cookie" }