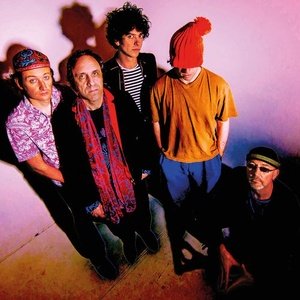 Concert of Gong in The Garage

You have a great opportunity to see Gong, on March 28, 2022 at The Garage in London.

Gong is an international progressive rock band known for incorporating elements of jazz and space rock into its musical style. The group was formed in Paris in 1967 by Australian musician Daevid Allen and English vocalist Gilli Smyth. Notable band members have included Didier Malherbe, Pip Pyle, Steve Hillage, Mike Howlett, Pierre Moerlen, Bill Laswell and Theo Travis. Others who have played on stage with Gong include Don Cherry, Chris Cutler, Bill Bruford, Brian Davison, Dave Stewart and Tatsuya Yoshida.
Gong's 1970 debut album, Magick Brother featured a psychedelic pop sound. By the following year, the second album, Camembert Electrique, featured the more psychedelic rock/space rock sound with which they would be most associated. Between 1973 and 1974, Gong released their best known work, the allegorical Radio Gnome Invisible trilogy, describing the adventures of Zero the Hero, the Good Witch Yoni and the Pot Head Pixies from the Planet Gong.
In 1975, Daevid Allen & Gilli Smyth left the band, which continued without them, releasing a series of jazz rock albums under the leadership of drummer Pierre Moerlen. This incarnation soon became known as Pierre Moerlen's Gong. Meanwhile, Smyth formed Mother Gong while Allen initiated a series of spin-off groups, including Planet Gong, New York Gong and Gongmaison, before returning to lead Gong once again in 1990 until his death in 2015. With Allen's encouragement, the band decided to continue, releasing the album Rejoice! I'm Dead! in September 2016.

20-22 Highbury Corner, Highbury East, London N5 1RD, United Kingdom
London, United Kingdom
See all rock & metal events in The Garage
You may also like
{"location":"City", "band":"Band name", "genre": "Genres", "place":"Place", "event":"Festivals in"}
{"message":"We use cookies to enhance your experience. By continuing to visit this site you agree to our use of cookies.","info":"More info", "link":"https://en.wikipedia.org/wiki/Cookie" }