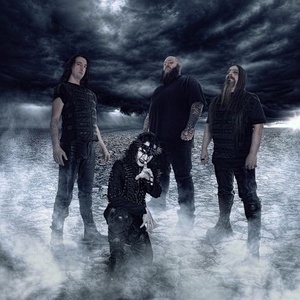 Concert of Ancient in The Factory – La Casa Degli Artisti

You have a great opportunity to see Ancient, on Oct. 9, 2021 at The Factory – La Casa Degli Artisti in Castel d'Azzano.

Ancient is a Norwegian black metal band from Bergen, formed in 1992. The band released six full-length albums released by Metal Blade Records to date and a variety of mini-albums, EPs and special releases. Ancient used to have the classic raw black metal sound, similar to Darkthrone's works. Beginning with The Cainian Chronicle, they moved towards a more Nordic/atmospheric black metal sound, akin to Emperor and a cleaner production. After a period of turmoil concerning their line-up, they went on to add gothic-style instruments such as violins, a female vocalist, and synthesizers to their music.

Via Giuseppe Garibaldi, 37, 37060 Castel D’Azzano VR, Italy
Castel d'Azzano, Italy
See all rock & metal events in The Factory – La Casa Degli Artisti
You may also like
{"location":"City", "band":"Band name", "genre": "Genres", "place":"Place", "event":"Festivals in"}
{"message":"We use cookies to enhance your experience. By continuing to visit this site you agree to our use of cookies.","info":"More info", "link":"https://en.wikipedia.org/wiki/Cookie" }