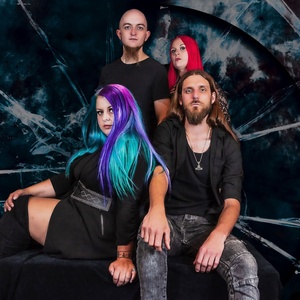 Concert of Dakesis in The Unicorn Camden

You have a great opportunity to see Dakesis, on April 15, 2021 at The Unicorn Camden in London.

Dakesis are a five piece Progressive-Power Metal band from Birmingham, UK. Considered by some as one of the UK's fastest rising independent artists, they have come a long way since their formation in 2008.

Emerging from a thriving music scene in the home of metal, the band have achieved much in their time together including high profile support slots with masters of the genre, festival appearances, UK tours and a highly acclaimed self-titled E.P, racking up a rapidly expanding and incredibly devoted fan-base along the way.

Their latest release, the full length début album “Trial By Fire” marks the result of two year’s dedicated work. The album was self-funded and produced by the band with assistance from engineer Jack Traveller of Wyrmsblood Productions, and released on the bands own label CapsAArx records.

227a, Camden Rd, London NW1 9AA, United Kingdom
London, United Kingdom
See all rock & metal events in The Unicorn Camden
You may also like
{"location":"City", "band":"Band name", "genre": "Genres", "place":"Place", "event":"Festivals in"}
{"message":"We use cookies to enhance your experience. By continuing to visit this site you agree to our use of cookies.","info":"More info", "link":"https://en.wikipedia.org/wiki/Cookie" }