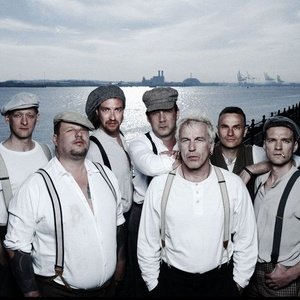 Concert of In Extremo in BRITA Arena

You have a great opportunity to see In Extremo, on July 9, 2021 at BRITA Arena in Wiesbaden.

In Extremo on the stage
In Extremo (Latin: At the Edge) is a German medieval metal band originating from Berlin. The band's musical style combines metal with medieval traditional songs, blending the sound of the standard rock/metal instruments with historical instruments (such as bagpipes, harp, hurdy-gurdy and shawm). Versions of well-known traditional/medieval ballads make up the main part of their repertoire, but the band has written an increasing share of original material in recent years. Their own material is written in German, whilst the traditional songs are in a variety of languages, including Gaelic, Spanish, English, Norwegian, Swedish, Icelandic, French, Estonian, Galician, Hebrew, Latin, Occitan and Old High German.

Berliner Str. 9, 65189 Wiesbaden, Germany
Wiesbaden, Germany
See all rock & metal events in BRITA Arena
You may also like
{"location":"City", "band":"Band name", "genre": "Genres", "place":"Place", "event":"Festivals in"}
{"message":"We use cookies to enhance your experience. By continuing to visit this site you agree to our use of cookies.","info":"More info", "link":"https://en.wikipedia.org/wiki/Cookie" }