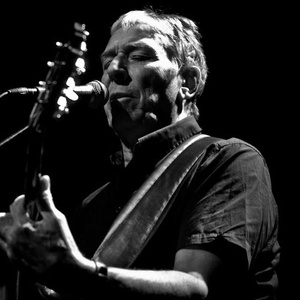 Concert of John Cale in Burghof

You have a great opportunity to see John Cale, on July 13, 2021 at Burghof in Lörrach.

John Davies Cale, OBE (born 9 March 1942) is a musician, composer, singer-songwriter and record producer, born in Wales, who was a founding member of the experimental rock band the Velvet Underground. Over his five-decade career, Cale has worked in various styles across rock, drone, classical, avant-garde, and electronic music. He studied music at Goldsmiths College, University of London, before relocating to New York City's downtown music scene in the mid-1960s, where he performed as part of the Theatre of Eternal Music and formed the Velvet Underground. Since leaving the band in 1968, he has released approximately 30 albums. Of his solo work, Cale is perhaps best known for his album Paris 1919, and his cover version of Leonard Cohen's "Hallelujah", plus his mid-1970s Island Records trilogy of albums: Fear, Slow Dazzle and Helen of Troy.
Cale has produced or collaborated with Lou Reed, Nico, La Monte Young, John Cage, Terry Riley, Hector Zazou, Cranes, Nick Drake, Mike Heron, Kevin Ayers, Brian Eno, Patti Smith, the Stooges, Lio, the Modern Lovers, Art Bergmann, Manic Street Preachers and frontman James Dean Bradfield, Super Furry Animals, Marc Almond, Element of Crime, Squeeze, Happy Mondays, LCD Soundsystem, the Replacements, Siouxsie and the Banshees, the Soldier String Quartet, and Animal Collective. He produced the first albums of the Stooges, the Modern Lovers, Patti Smith, Squeeze, and Happy Mondays.
Cale was inducted into the Rock and Roll Hall of Fame as a member of the Velvet Underground in 1996, and appointed Officer of the Order of the British Empire in 2010.

Herrenstraße 5, 79539 Lörrach, Germany
Lörrach, Germany
See all rock & metal events in Burghof
You may also like
{"location":"City", "band":"Band name", "genre": "Genres", "place":"Place", "event":"Festivals in"}
{"message":"We use cookies to enhance your experience. By continuing to visit this site you agree to our use of cookies.","info":"More info", "link":"https://en.wikipedia.org/wiki/Cookie" }