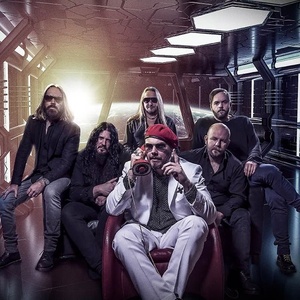 You have a great opportunity to see The Night Flight Orchestra, on April 25, 2020 at Gagarin 205 in Athens.

About artist The Night Flight Orchestra

The Night Flight Orchestra is a Swedish hard rock band from Helsingborg. They are signed to Nuclear Blast Records. Formed in 2007 by Björn Strid and David Andersson while they were touring in the US with their band Soilwork, they were later joined by bassist Sharlee D'Angelo (Arch Enemy, Spiritual Beggars, ex-Mercyful Fate), Richard Larsson (Von Benzo), Jonas Källsbäck (Mean Streak) and, more recently, Sebastian Forslund (Kadwatha). They have released five studio albums.