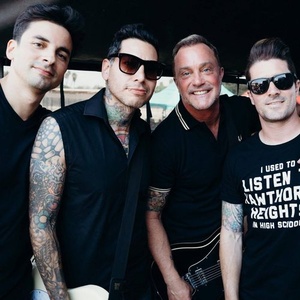 You have a great opportunity to see Goldfinger, on April 4, 2020 at Wild Wild West Casino in Atlantic City, NJ.

Goldfinger is an American rock band from Los Angeles, California that formed in 1994. The band is widely considered to have been a contributor to the movement of third-wave ska, a mid-1990s revitalization in the popularity of ska. However, the releases of Open Your Eyes and Disconnection Notice, have been more commonly placed as punk rock genre. Apart from the band's music, Goldfinger is also noted for their political activism, particularly in the area of animal rights.