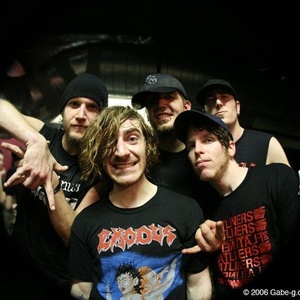 You have a great opportunity to see Bigwig, on April 9, 2020 at Monte Cristo Billard & Spectacle in Sainte-Thérèse.

Bigwig is a punk rock band from New Jersey, formed in 1995. They were originally composed of Josh Farrell (guitar), John Castaldo (bass), Tom Petta (guitar/vocals), and Dan Rominski (drums).
Bigwig have performed with such bands as Pennywise, Less Than Jake, Blink-182, The Ataris, The Vandals, New Found Glory, No Use for a Name, NOFX, The Suicide Machines, Agnostic Front, Lagwagon, and Reel Big Fish. Following the release of their 2001 album Invitation To Tragedy, both Josh Farrell and Tom Petta have received producers credits on several well known albums. Tom Petta has most recently produced the new record entitled For Heaven's Sake by Canadian punk rock band Only Way Back.
Their latest album, Reclamation, was released on February 7, 2006 by Fearless Records. It was rated 4 stars by Sputnikmusic.
In June 2014, Bigwig performed at Canada's Amnesia Rockfest in Montebello, Quebec and also in September at East Coast Taunami Fest, Reading, PA.