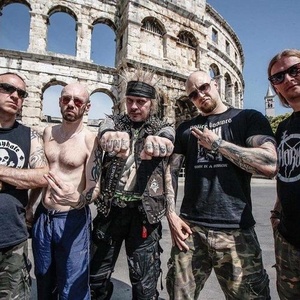 You have a great opportunity to see Extreme Noise Terror, on March 28, 2020 at Fulford Arms in York.

Extreme Noise Terror (often abbreviated to ENT) are a British extreme metal band formed in Ipswich in 1985 and one of the earliest and most influential grindcore bands, particularly in the crustgrind fusion genre. Noted for one of the earliest uses of dual vocalists in hardcore, and for recording a number of sessions for BBC Radio 1 DJ John Peel, the band started as crust punks and helped characterise the early, archetypal grindcore sound with highly political lyrics, fast guitars and tempos, and often very short songs.